This simple PDF will help you make better offers and close more deals!

This is the Real Estate Marketing Podcast where we teach you how to grow your real estate business. Whether you’re a wholesaler, investor or realtor this podcast is for you.

Hey, and thanks for coming back to the real estate marketing podcast. I’m Austin Glanzair and I am going to be talking about today how you can make offers on properties.

I’ve been asking a lot of people questions about how they make offers and then getting questions myself through Tik-Tok and Instagram about how people should be making offers, how do you know you’re making a strong offer, how do you know you’re not low balling so you sound like an idiot or you’re not going to lose money on a property? So that’s what this episode is all about.

But before I jump into that, I do want to just say thanks for coming to this podcast, thanks for giving us a chance and listening here. And if you would not mind just dropping a five-star review on this and also leaving a comment. It is super encouraging for me to see those. And we’re starting to get a few more, getting traction.

I think we’re over 600 listeners now and it has been really fun for me to work on these podcasts to get content out, make phone calls with my friends that are interested in real estate investing. It’s been just really cool for me to do that. So anyways, if you would do that, that would be awesome for this.

How to Make Offers on Houses

Now here is what today is all about – how do you make offers? Now I have a couple steps here that I’ve put together that I’m going to go over here, very quickly. I try to make all of these episodes short and very pithy, so they are full of good content.

So here’s what you’re going to do, let’s say you found a property that is not on the market, that is an off-market property, maybe it’s a little rundown. You want to wholesale it, you want to hold tail it or flip it yourself. What do you do? Or maybe you even want to bear it, maybe you want to buy it and rent it out. How do you make an offer that is a strong offer, that you know you will not lose money on?

Now those are the main things you’re going to want to look at whenever you are figuring out how much it will cost to fix this house up so you can reach ARV.

So you want to kind of add up how much it will cost to fix this house up so you reach ARV.

Why You Should Build Margin Into Your Offers

Now why did I choose 30%? 30% is going to give you a very good buffer for things to go wrong, because things will go wrong when you flip a house. I know I said this in the previous episode, but I flipped a house with my friend, we’re still going through this, the house caught on fire and it’s been a huge headache and we were never expecting the fire to happen.

Now we have insurance, we have a claim on it and whatnot. But basically with all the extra time, the extra investment, we’re pretty much … we’re going to lose some money on the property. So you want to build a buffer, and 30% is a good buffer that isn’t ridiculous, that you’re not going to offer $90,000 for it, it’s going to give you a very good buffer to help you make a profit on that house.

But that’ll be a good base start for you to make your first offer that won’t be ridiculous. It’s not going to be crazy, but it’ll give you enough buffer to make a profit to get everything done and you’re also not ripping the people off.

So that is how you can make a good offer on a property if you have an off-market property. That’s how I suggest you make your offers, that is actually how I make my offers. I first start with these numbers and then every situation is different, so I might come up a little bit, I might be able to come down a little bit depending on the situation if the house is in very bad condition. So that’s how you do it.

Free Resources to Get You Started Making offers

And I also, on the last episode, I do have a free download on there as well for you to help ranking for marketing for your website through building videos and having that text on your site. So I have that as well, you can feel free to check out a previous episode on that.

Now a couple of really cool things coming up here in our podcast. Adam and I are going to be interviewing Josh Eberly again, and we’re going to be talking specifically about how you can get links to your website in a super easy way, Josh has an awesome system for that. I’m really excited. We’re going to be interviewing a couple other guys in here that specialize in SEO and specialize in advertising for this through Facebook. So a couple of those episodes are coming up, you’re going to want to subscribe so you don’t miss those out. You can go to Glanzair.com/podcast to subscribe to our podcast and get more information about every episode.

All right, guys, thanks so much for taking your time to listen to this. Hopefully it was helpful. Please reach out with any questions and please consider giving us a review. We’ll see you later and talk to you soon. 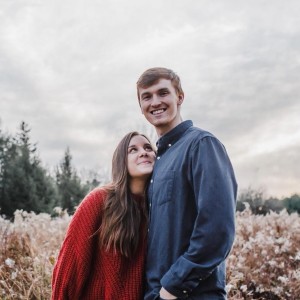 Purchasing real estate is nothing new to Austin. He bought his first rental property at the age of 21 and has fallen in love with real estate investing ever since then. Austin?s passion is to help people learn about real estate while treating them fairly through the transaction. When not at work, Austin is active in his church and loves spending time with his wife. He also likes watching football.

Looking for More Off Market Leads?